We’re wrapping up the beta period for X-Plane 11.40 and expect to release it to everyone soon. We also spoke with a company using X-Plane to develop a supersonic airliner, and we have the latest news on the Mobile schedule below.

Members of the X-Plane team will be answering your questions live on YouTube on Tuesday, November 19 at 9pm EDT. Keep an eye on our Twitter, Facebook page, or developer blog for more details on how to submit questions for them to answer!

Members of the X-Plane team will be exhibiting X-Plane 11 in VR at FSWeekend this weekend. Next, we’ll be at an AOPA event where we will be guests at the Honeycomb booth.

Public beta testing of X-Plane Mobile with global flight started last month on iOS devices. We are currently at capacity for beta testers on all platforms, so no new testers will be accepted at this time. If this changes in the future, we will announce a new application process on our Twitter page.

We have not released an Android beta version just yet. If you have been accepted as a beta tester on the Android platform, you will be notified via email when we are ready to test the Android version of the app.

If you have been notified that you were accepted into the beta program but you have not received an App Store/Google Play email, that means that you are in the queue for testers but it’s not your turn to test just yet! Keep an eye out for your invite soon.

Boom is a company that is building a supersonic demonstrator, XB-1, to demonstrate their key technologies for commercial supersonic flight. They are also developing a custom in-house flight simulator for the XB-1 program that uses X-Plane. 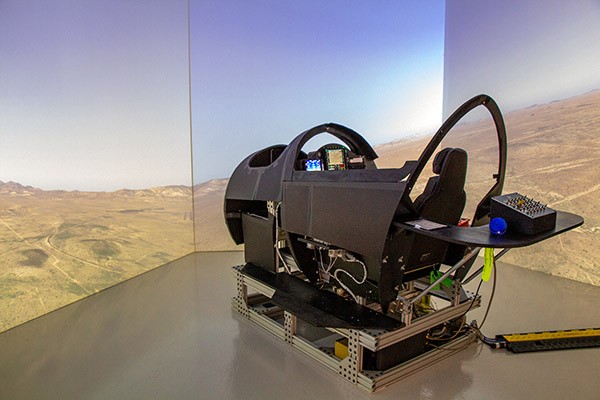 Boom’s Avionics and Aerodynamics teams have developed XB-1’s custom physics model. The simulator cockpit represents the actual aircraft cockpit including the frame, avionics, and systems panels. The simulator runs Boom’s custom XB-1 data acquisition and cockpit display flight software. The company wrote an X-Plane plugin to utilize X-Plane’s scenery rendering capabilities,
which communicates aircraft location, orientation and landing gear state to X-Plane. Three networked instances of X-Plane render the main scenery view, the view through windows near the pilot’s knees (not pictured), and the view through a landing camera mounted on the landing gear that’s displayed on a screen in the cockpit.

The XB-1 simulator is used by Boom’s test pilots to verify the plane’s flight model, handling characteristics, and normal and emergency procedures. The pilots can then provide feedback to the aerodynamics, avionics, flight controls, systems, propulsion and flight test teams for further refinement of the product.

Check out our round up of the latest aircraft and scenery here! 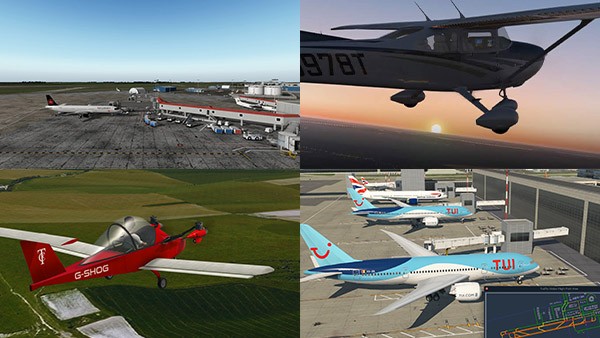